The evolution from a simple blender to a high-tech accessory in the kitchen of many homes began in 1961 when the VKM5 universal food-processor by Vorwerk was introduced to the market. It combined seven functions: stirring, kneading, chopping, grating, mixing, milling and juicing.

Because thick soups are among the French people's favourite dishes, at the beginning of the 1970's the general manager of the French Vorwerk organization came up with the ground-breaking idea to further develop the VKM. The initial result was the innovative heating mixers of the "VM line" which already made it possible to heat liquids.

The concept of Thermomix ® began when a mother in Germany wanted to make her own baby food but was unable to find an appliance capable of grinding food into small enough pieces with the ability to cook at the same time.

Developed in Germany, it has taken four generations of the Thermomix ® and the expertise of more than 120 engineers to continually improve and perfect the appliance. Some of the world’s leading chefs have tested more than 25,000 recipes specifically for use with what has to be the world’s most versatile kitchen appliance.

Since its development in 1960, this revolutionary machine has taken Europe by storm and is growing in popularity across the world. Thermomix ® is now used in millions of kitchens worldwide, with at least two Thermomix ® appliances sold every minute!

Today the Thermomix ® is manufactured in a Vorwerk plant in France. Our engineers continue to innovate to keep Thermomix ® at the forefront of technological advancements, while dedicated chefs around the world continue to develop new recipes and write new cookbooks that are tailored to bring the very best of world cuisine to Thermomix ® users. 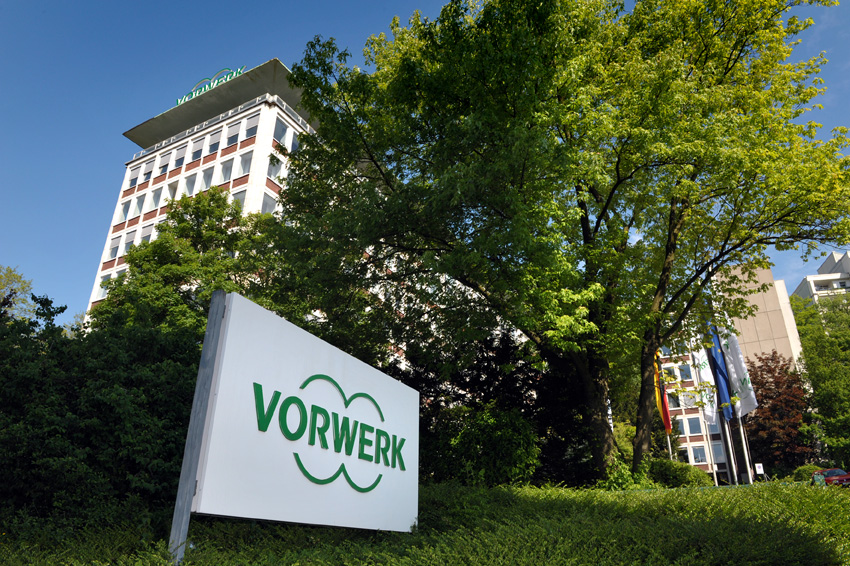 Vorwerk & Co. KG was founded in 1883 in Wuppertal, and throughout its 132-year history, the former carpet and carpet factory has become a rapidly expanding business group all over the world. Its main essence: to be a family business. Despite this, Vorwerk has remained a family business to this day.

Vorwerk's family of companies also includes the banking group akf, Vorwerk Carpets and the HECTAS Group as a sister company. All the business areas have in common products of a superior quality and the special customer service, aspects that constitute the differentiating character of Vorwerk.

Vorwerk is headquartered in Wuppertal, Germany.

Vorwerk owes its status as an internationally successful and old established company to its readiness to embrace change and its mission to produce exceptional quality. Vorwerk & Co. was founded in Wuppertal in 1883 and, over the more than 130 years of the company’s history, has made the transition from carpet factory to a broadly diversified, international corporate group. Nevertheless, Vorwerk remains a family business to this day.

Designed and developed in Europe using only the highest-quality materials and with precision engineering, Thermomix ® stands for engineering ingenuity at its best.

At Vorwerk’s very own research and development department in Wuppertal, Germany, our technical engineers strive for maximum quality. Our production processes are environmentally sound and regularly certified as such, and every element of our manufacturing process follows the strictest ecological principles.

Vorwerk products are characterised by their high quality, and our production sites throughout the Vorwerk Group apply the same high standards worldwide.

At Vorwerk, research, development and production all come together under one roof. Vorwerk is committed to high standards in all areas of its operations. That’s why our customers get what they have come to expect: innovative products that are practical, useful and last an exceptionally long time.